Our business is built on a foundation of thoughtful client relationships.

Knowledge is power. It’s also the foundation for intelligent, well-considered decisions. When you have retirement in sight, sound decisions are vital in helping you pursue your goals and avoid costly mistakes that can affect your future.

As financial professionals, we are committed to helping people just like you create strategies for their retirement assets. Once we understand your risk tolerance, time horizon and goals, We'll work diligently to develop a program that carefully balances investment strategies with preserving principal.

We invite you to check out all the material on our website. If something prompts a question, please send us a quick email or call our office. We would enjoy speaking with you. 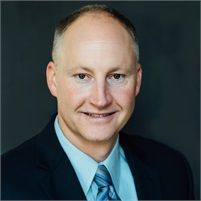 John was raised in Loomis and his passion to serve the financial needs of others was sparked over 27 years ago in high school.  Upon completing his first economics class he knew this would be his path in life.  He has built over twenty years of financial industry knowledge and experience.

John earned a Bachelor of Science degree in Business Administration with a concentration in Finance at California State University Sacramento in 1995.  Immediately upon graduating he became a broker for Olde Stockbrokers, where he first learned this industry.  Beginning in 1999, he spent just over a year with Merrill Lynch.

In 2000, John was recruited back to Olde as a Branch Manager and Financial Advisor while the company merged with H&R Block.  There John developed another passion, helping other advisors realize success.

In 2003, he decided to join Edward Jones, where he spent 12 years as a successful Financial Advisor, Leader, Trainer and Mentor.

In 2005, John became an Accredited Asset Management Specialistsm or AAMS®.

In 2006, he became a Chartered Retirement Planning Counselorsm or CRPC®.

In 2015, John became a Certified Financial Planner™ practitioner after passing a comprehensive exam, later that year he joined Genovese, Burford & Brothers where he sat on the Investment Committee and furthered his knowledge of investment strategies.  John operates his firm, Granite Bay Wealth Management, as a Registered Representative with LPL Financial.

John’s philosophy starts with a focus of listening to clients and prospects.  He works hard to understand clients' needs and fears before giving planning or investment advice.  Only then can he build the right customized strategies for them.  Once he has begun a relationship, he puts effort into paying close attention, monitoring their plan and investments closely, and deepening communication so that he can anticipate needs as they arise.

John specializes in preserving wealth, retirement planning and the use of diversified investments.  His business is focused to help families and business owners realize their goals into and through retirement years and providing advanced guidance on inheritance planning and asset transfers from one generation to the next.

John has many personal interests, but his top priority is family and spending time doing things with his wife, daughter, and two sons.

He loves to do active things outside, especially snowboarding, wakeboarding and camping.  John has always had a passion for the sport of baseball.

He has spent years volunteering locally both at the community level and with organizations that play a central role in his family's life.  John has been an active member of the El Dorado Hills Chamber of Commerce and spent two years as the Chairman of the Board.  John continues to invest time volunteering at his children's schools and other activities including progression through Boy Scouting.

Check the background of your financial professional on FINRA's BrokerCheck.

The content is developed from sources believed to be providing accurate information. The information in this material is not intended as tax or legal advice. Please consult legal or tax professionals for specific information regarding your individual situation. The opinions expressed and material provided are for general information, and should not be considered a solicitation for the purchase or sale of any security.

John Zezini is a Registered Representative with and Securities offered through LPL Financial, Member FINRA & SIPC.